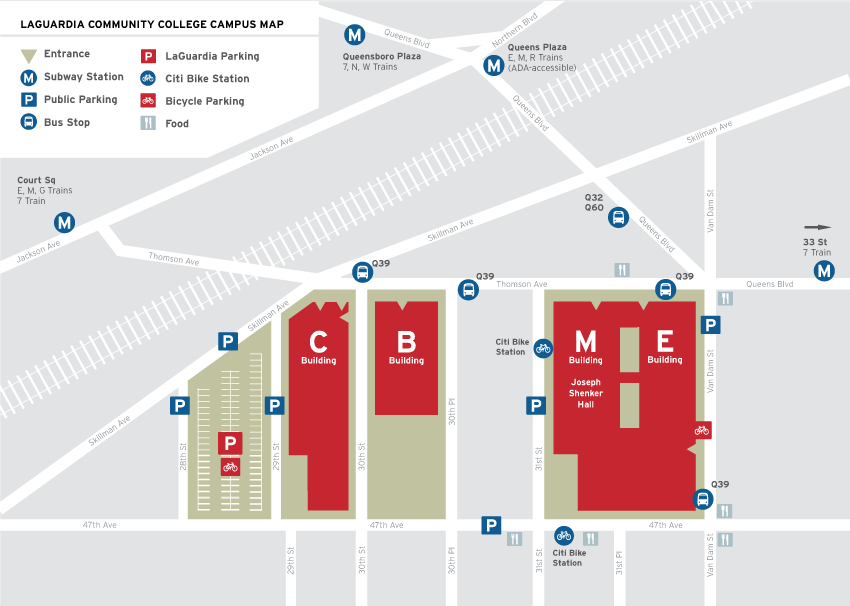 How to Get Here

The college campus is located on Thomson Avenue, between Van Dam Street and Skillman Avenue. See the above map to locate specific buildings.

B62 Thomson and Jackson Avenue

Bike Parking: Racks are available by the Van Dam entrance to the E building, and in the parking lot on 29th Street by the C building.